Rachel Homan talks about preparing for the Bejing Olympics, representing Canada in Mixed Doubles Curling and how the decision came about. She also talks about her career in Curling and the relationship she has with her fellow doubles partner, John Morris

Tobin puts his Carleton University/ University of Ottawa rivalry aside for this episode and welcomes Canadian Curler, Rachel Homan. The two talk about what it means to represent Canada in the Beijing Olympics. Rachel discusses how the decision came about for Curling Canada to pick and send her and John Morris to Bejing, considering there was no tournament to see who would represent Canada, and she discusses the tough decision of whether she should go or stayed with her team to try and win a Scotties as she felt if she left, her team would not be eligible to play.

We also talk about how she became a curler, her relationship with John Morris, and  have some fun talking about what Rachel plans to do in Beijing. 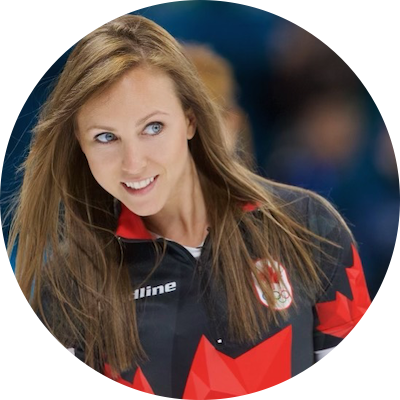 Rachel Homan is a Canadian international curler. Homan is a former Canadian junior champion, a three-time Canadian national champion, and the 2017 world champion, all as a skip. She was also the skip of the Canadian women's curling team at the 2018 Winter Olympics.

During her junior career, Homan competed in two Canadian Junior Curling Championships, placing second in 2009 and winning the championship in 2010. She also won a silver medal at the 2010 World Junior Curling Championships. Throughout her women's career, Homan has medalled at the Scotties Tournament of Hearts, the Canadian women's national curling championships, seven times, winning gold three times (2013, 2014, and 2017), silver three times (2019, 2020, and 2021), and bronze once (2015). She has competed in three World Women's Curling Championships, winning gold in 2017, silver in 2014, and bronze in 2013. She has also competed in two Canadian Olympic Curling Trials, finishing in third place in 2013 and winning in 2017. At the 2018 Winter Olympics, her team finished in sixth place. In 2019, Homan was named the fourth-greatest Canadian female curler in history by The Sports Network