Tobin FINALLY welcomes Bob Saget to the podcast. Tobin chats with Bob on his career from Full House to How I Met Your Mother. What he enjoyed about the shows, how he ended up being cast and the alternate ending of HIMYM is a topic as well.

Bob also chat America's Funniest HOME Videos, the re-vamping of the series with "Video's After Dark", "cancel culture" and his new podcast Bob Saget's Here For You. What are you waiting for?  Check It Out 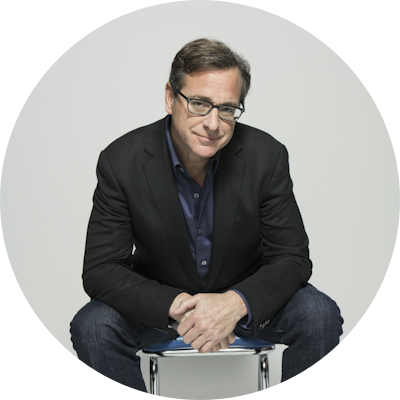 Bob Saget was an American stand-up comedian, actor, television host, and director. His television roles include Danny Tanner on the ABC sitcom Full House (1987–1995) and its Netflix sequel Fuller House (2016–2020). He also hosted America's Funniest Home Videos from 1989 to 1997. Saget is also known for his adult-oriented stand-up routine. He also provided the voice of the future Ted Mosby on the CBS sitcom How I Met Your Mother from 2005 to 2014.

Saget's 2014 comedy album, That's What I'm Talkin' About, was nominated for the Grammy Award for Best Comedy Album.

Saget passed away on January 9th,2021 in Florida