Bianca Andreescu: Let's Have A Racket

Tobin welcomes Canadian Tennis star Bianca Andreescu to the podcast. Bianca talks about her stellar 2019 year which included winning the Canadian and US open and trying to get back to that form. Bianca also opens up about taking social media breaks, recovering from injuries, and the importance of not letting people get the best of you.

Check Out The Episode Here! 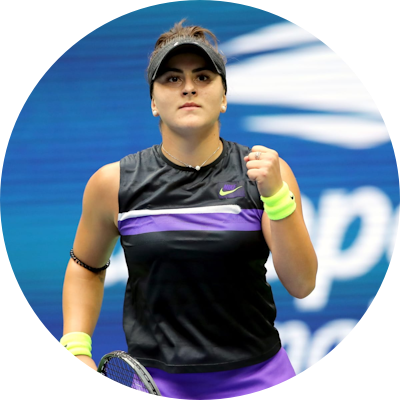 Bianca Vanessa Andreescu is a Canadian professional[2] tennis player. She has a career-high ranking of No. 4 in the world, and is the highest-ranked Canadian in the history of the Women's Tennis Association (WTA). Andreescu was the champion at the US Open and the Canadian Open in 2019, having defeated Serena Williams to win both titles. She is the first Canadian tennis player to win a Grand Slam singles title,[a] and the first to win the Canadian Open in 50 years. She was the first player to win a Grand Slam singles title as a teenager since Maria Sharapova in 2006.