Tobin welcomes Canadian Country Singer, Paige Rutledge to the show.  Paige talks about her latest song, Broken Record, and where she hopes the song leads her.  She also talks about idolizing Dolly Parton, Carrie Underwood, and Shaina Twain and how it was actually a somber moment in her life that led her into this career.

We also play a game with Paige called "Turning the Paige" which even Paige admits was her favorite part.  So why not check it out. 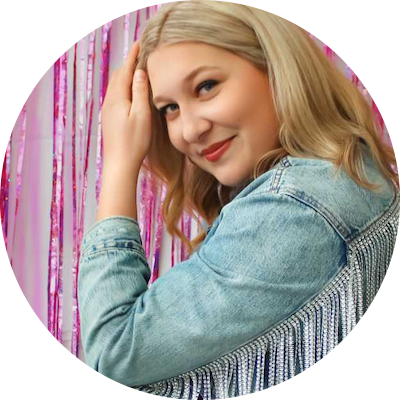 Paige Rutledge is a country singer-songerwriter from Oakville, Ontario, Canada. Paige was raised on country music. As a young child, Paige grew up listening to female powerhouses Shania Twain, Dolly Parton, and Carrie Underwood pretending to be them in the car and basement concerts. When Paige was 9, her grandfather who was her biggest influence, passed away and Paige sang at the funeral. It was in that moment Paige recognized that music can connect people and knew she wanted to make music for the rest of her life.

Paige began playing at local restaurants and any venue that would take her. “I remember my parents would have to come with me to all of the bar gigs because I was way too young to be in a bar by myself on the nights I would play” recalls Paige. Some of Paige’s performance highlights include main stage at Toronto Ribfest and Muskoka Ribfest, emerging artist showcase winner at Canada’s Largest Ribfest in Burlington, top 20 at Magna’s Hoedown Showdown, showcases in collaboration with the CMAO, Winterfolk Music Festival, Hillside Inside Festival, and the preliminary winner at The Next Country Music Star in partnership with The Havelock Country Jamboree (semi-finals postponed due to pandemic).