Jill Officer: An Officer and a Podcaster

Tobin welcomes Canadian Curler turned Broadcaster, Jill Officer to the show.  Jill talks about her curling career, her friendship with Jennifer Jones,  transitioning away from curling, and about going back to school to pursue another interest of hers that could potentially take her back into curling but in a different role.

Jill and I also discuss being screeched in,  curling in a bubble and if there were any other sports Jill considered playing that could have possibly reached the same success as her curling career. 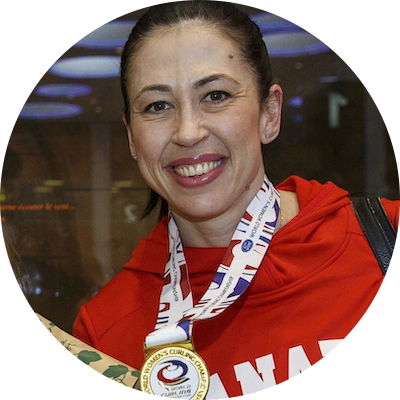 Jill Officer is a Canadian curler from Winnipeg, Manitoba. Officer played second for the teams skipped by Jennifer Jones from 2003 to 2018 and while they were juniors. The team won a gold medal while representing Canada at the 2014 Winter Olympics. Team Jones was the first women’s team to go through an Olympic campaign undefeated. The team has also won two World Curling Championships in 2008 and 2018, while going through the later event without a loss on their way to gold.

Officer has played on and off with Jones since she was 15. Together they won six national championships in 2005, 2008, 2009, 2010, 2015 and 2018. Officer's Scotties victories put her in an elite group of three to have won six titles. The group includes herself, Jennifer Jones, and Colleen Jones. She also won the Canadian Junior Curling Championships in 1994 together with Jones.