Jennifer Jones: Keeping Up with the Jones

Jennifer Jones talks about her career, going to the Bejing Olympics, and being in a bubble with her daughters and husband.

Tobin chats with Two Time Olympian Jennifer Jones. Jones talks about her career and upbringing in curling at a young age and how she dreamed of winning a Scotties. She talks about her excitement for the Beijing Olympics and the preparation she and her team are doing to stay in shape but also not end up with a positive COVID test.

Jones also discusses her 2005 victory in Newfoundland and being screeched in . (HEY I'm a Newfoundlander I had to ask) and we talk about how Mom is viewed in the eyes of her kids, is she a rockstar or just a plain old mom? 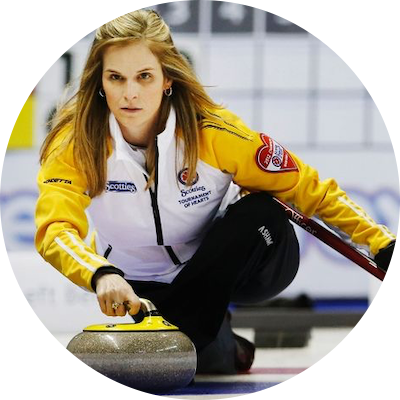 Jennifer Jones is a Canadian curler. She was the Olympic champion in curling as a skip of the Canadian team at the 2014 Sochi Games. Jones is the first female skip to go through the Games undefeated. The only male skip to achieve this was fellow Canadian Kevin Martin in 2010. Jones and her squad were the first Manitoba-based curling team to win an Olympic gold medal. They won the 2008 World Women's Curling Championship, and were the last Canadian women's team to do so until Rachel Homan in 2017. She won a second world championship in 2018. Jones will once again represent Canada at the 2022 Winter Olympics.

In 2019, Jones was named the greatest Canadian female skip and overall curler in history in a TSN poll of broadcasters, reporters and top curlers