Tobin welcomes Ian McConell to the show. Ian is a musician who can be best described as Ed Sheeran meets Bo Burnham. Ian talks about his style of music, how he manages promoting his work on social media and what he would like to accomplish to close out 2022.

Tobin welcomes musician, Ian McConnell to the podcast. Ian talks about his style of music and how it came to be. Tobin compares Ian's style to Ed Sheeran and Bo Burnham sharing a stage. Ian also discusses how he manages his social media platforms and the importance of doing something you love because you love it not for the appeal of others.

Tobin also plays a game of random questions with Ian where we find out Ian's fears and future goals. 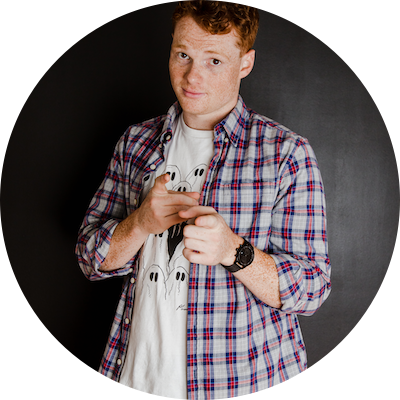 Ian is a singer, songwriter, performer, producer, and multi-instrumentalist based in Nashville, Tennessee. Born in Georgia and raised in Virginia, Ian started performing at the young age of four and was writing original music by twelve.

Ian McConnell has been described as “Keith Urban meets the Barenaked Ladies,” “boy band country,” and “the self-proclaimed funniest singer on Instagram.” Drawing on influences such as Rascal Flatts, Eminem, Blink-182, Taylor Swift, and Billy Joel, Ian’s music is characterized by quirky lyrics, infectious melodies, and
high-energy performances hearkening back to both the pop punk and country styles of the 2000’s.