Tobin welcomes Canada Tonight host, Ginella Massa to the podcast. You would think the fact we both use TONIGHT in our title would be the only similarity Ginella and I would have, but throughout this conversation, I find out we have a lot more in common than just a communications degree.

Ginella talks about getting her break with CANADA TONIGHT, how the show's name came to be, and she talks about being one of the first hosts in Canada to wear a hijab. Ginella also tells an interesting story about her time in university and how one teacher wanted her to lose the hijab. Trust Me You're Going to Want to Check This Interview Out 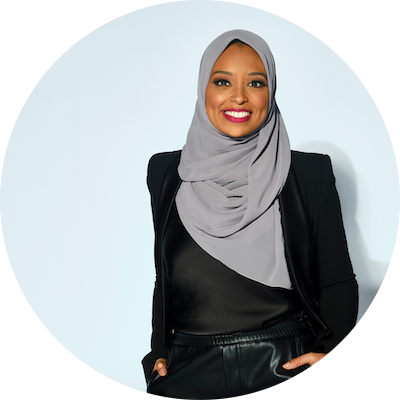 Ginella Massa is a Canadian television journalist. An Afro-Latina Muslim reporter and anchor, she became Canada's first hijab-wearing television reporter in 2015, and the first news anchor in hijab when she anchored the 11 p.m. newscast for CityNews on CITY-DT in Toronto, Ontario on November 17, 2016.

An honors graduate of York University and Seneca College, she has worked both behind-the-scenes and on-air for local and national Canadian news outlets since 2010, including CTV News, CFRB and Rogers Television, and has been published in The Globe and Mail and the National Post.

In 2020, the Canadian Broadcasting Corporation announced that Massa will join the network as host of a prime time show on CBC News Network and a special correspondent for The National. Her show, Canada Tonight, premiered on January 11, 2021 on CBC News Network