Tobin chats with Felix Snow and Chelsea Todd (17 Memphis) about how they are handling COVID, their music and latest projects, and the meaning behind the name.

It's an opposites-attract dynamic which makes for a fun interview.  How do they view music? Who inspired them? Do they like being classified as pop-country?  Listen to find out. 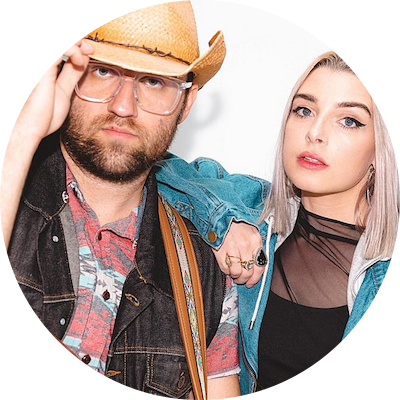 Felix Snow and Chelsea Todd, the voices behind 17 Memphis, may be new to Nashville but neither is new to the music scene. Both consider the group a natural progression from their pop collaborations. Snow, originally from Connecticut, is an award-winning platinum producer who grew up influenced by The Grateful Dead and The Beach Boys. His most recent work includes the multiplatinum single “Gold” by Kiiara, and has also written and produced for Young Thug, Lil Uzi Vert, and Katy Perry.

Chelsea, a small-town girl from Texas, grew up singing Patsy Cline but later transformed her sound while creating and writing for her pop project, TYSM, on Snow’s label EFFESS Records.