J. J Hunter: The Toughest of the Hunter Brothers (of Singers)

Tobin chats with J.J Hunter of the Hunter Brothers on forming the band, the struggles they faced and how it was ironic all members of this brotherly duo were in hockey and got injuried thus setting them on this path.

So sit back and enjoy as Tobin and J.J chat about hockey, life, music and Tobin even throws a few jabs at J.J , how will he take it? Tune in to find out. 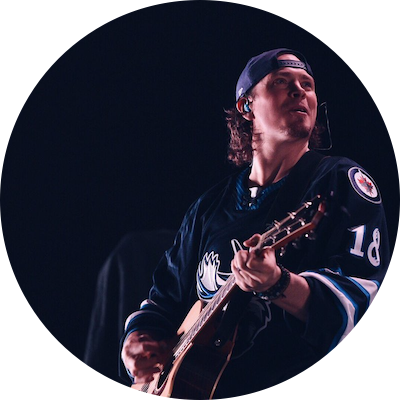 J.J Hunter is a member of the Canadian based band the Hunter Brothers, J.J. also is a former hockey player who played three seasons in Western Hockey League with the Kelowna Rockets and Prince Albert Raiders; he attended six NHL training camps (1999 Detroit Red Wings, 2001-2006 Edmonton Oilers) and was under contract with the Edmonton Oilers for 5 seasons playing NHL pre-season games and five years in their farm system. Altogether, he played 6 years of pro-hockey including parts of six seasons in the American Hockey League with the Hamilton Bulldogs, Toronto Roadrunners, Edmonton Road Runners, Toronto Marlies and Manitoba Moose; and parts of four season in the ECHL with the Toledo Storm and Columbus Cottonmouth.

The Hunter Brothers are a Canadian country music group from Shaunavon, Saskatchewan composed of brothers Luke, J.J., Ty, Brock and Dusty Hunter. They signed with Open Road Recordings and released their debut single, "El Dorado", in February 2016. It debuted on the Billboard Canada Country chart in March 2016. The band earned their first Top 10 single at Canadian country radio with their hit "Born and Raised". In 2019, their single "Lost" became their first #1 hit