Tobin welcomes Newfoundland singer/songwriter Damian Follett to the show.  I have grown up watching and listening to Damian as his song/video, No Second Chances would get a ton of plays.  To have Damian on the show was amazing.

Damian spoke about the song, trying to create a number one hit in Nashville and to keep pursuing what you love.  He also discusses the amount of talented singers/performers in Newfoundland but just not having the same resources as the bigger markets to really gain exposure.

It's a great interview but I'm being bias,  check it out for yourself 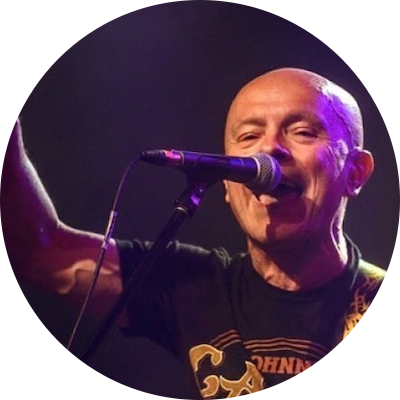 Damian Follett has been one of Newfoundland and Labrador’s most dynamic performing singer-songwriters for the past 3 decades. A mainstay of NL’s world-renowned George Street scene (he’s been the house musician for the legendary Green Sleeves for the last 20 years), Damian is an artist whose natural home is the stage. A charismatic and tireless live performer Damian has also taken his performances to audiences across Canada and the U.S.

Damian has released 5 solo albums, a “greatest” collection, as well as 2 additional albums with his former band Rogue Gallery. Songs like “No Second Chances”, “One of these Days”, and “Long as You’re a Good Man” have become local radio staples, and have graced the airwaves of mainstream and Christian/Inspirational radio stations all across Canada and the U.S.