Tobin is joined by Canadian Country Singer and Rising Star, Robyn Ottolini.  Robyn and Tobin converse on the things you probably wouldn't get in an everyday run-of-the-mill interview.

For instance, does Robyn fall in the shower,  why did she not date until 18,  the reason she can handle internet trolls. All 90's kids with an email address would be able to relate.  And yes of course we ask Robyn about F-150 and how she got into music.

Fun Fact: If Robyn never made it as a musician she wanted to be involved with sea life, specifically SHARKS.

Check This Episode Out 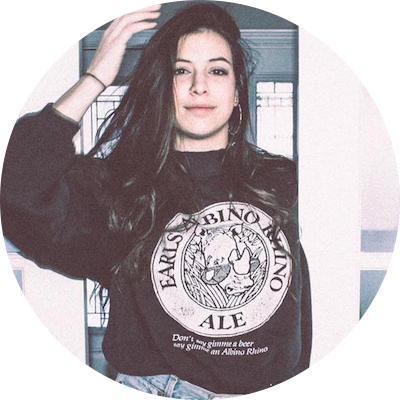 Robyn Ottolini is a Canadian Country Singer. Ottolini was the second runner-up at the Boots and Hearts Music Festival’s Emerging Artist Showcase. In January 2020, Ottolini released the song "F-150". The track was included on her February 2020 release The I'm Not Always Hilarious EP.

Towards the latter half of 2020, "F-150" gained traction on TikTok and charted at #3 on the Rolling Stone Trending 25 chart in the United States for the week of October 1, 2020. Amidst the success of the track, she signed a record deal with Warner Music Nashville.

In June 2021, Ottolini released her major-label debut project The But I'm Not Always Sad Either EP, which included the single "Tell You Everything". Later that year, she won the "Rising Star" award at the 2021 Canadian Country Music Awards.